France-Canada Innovation Platform “IN2NOVATION” is under the presidency of 2 co-presidents, one French and one Canadian, both members of the France-Canada Research Fund (FCRF).

Co-presidents are members of the Executive Committee and will provide operational and strategic leadership to the Platform. 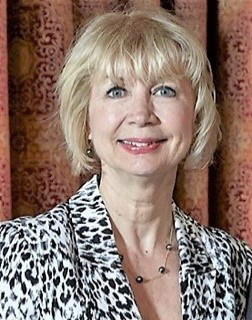 Ruby Heap completed her undergraduate and master’s degrees in history at McGill University; she then pursued doctoral and postdoctoral studies in history at the Université de Montréal and at the Ontario Institute for Studies in Education (OISE) respectively. Following her appointment at the University of Ottawa in 1987, she devoted her teaching and research activities to the history of education and the history of women and gender in Québec-Canada, in both French and English.

Her more recent work has focused on the history of women in Canadian science and Engineering. It has fostered a large number of interdisciplinary collaborations with national and international organizations promoting women in these fields. Thanks to their continuing support, she successfully led a project aimed at creating a Canadian Archive of Women in STEM, which was officially launched at the University of Ottawa in 2018.

Ruby Heap held several administrative functions during her career at the University of Ottawa, including Founding Director of the Institute of Women’s Studies, Associate Dean of the Faculty of Graduate and Post-Doctoral Studies, and Associate Vice-President Research between 2009 and 2017. In this last position, she was involved in the recruitment of research chairs, the creation of interdisciplinary research centres and institutes, and international research development. She is presently co-president of the France- Canada Research Fund, and a member of the Centre Jacques-Cartier’s Executive Committee.

Professor Heap has received several awards and distinctions, including Professor of the Year at the Faculty of Arts, a US-Canada Fulbright Research Chair, and the Professional Engineers of Ontario President’s Award for her contribution to the advancement of the profession.  More recently, she has been honoured as Chevalière de l’Ordre des Palmes Académiques and as the recipient of the Royal Society of Canada’s Ursula Franklin Award in Gender Studies. 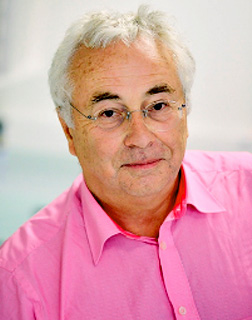 Jacques Samarut got his PhD at the University of Lyon in 1982. He was then appointed as Associate Professor at the Rockefeller University of New York and then as Invited Professor at the Institute of Medical Science, University of Tokyo. He is presently emeritus professor of molecular biology at the Faculty of Medicine of the University of Lyon. From 2008 to 2014 he has been the President of the Ecole Normale Supérieure de Lyon, a prestigious graduate school.  He had been formerly Director of the Life Sciences study section of the French National Agency for Scientific Research (CNRS) and President of the scientific advisory board of the French National Institute for Agronomy (INRA). He received several awards including the Savoie award of the French League against Cancer (1987), the Rosen Award of Foundation for Medical Research, Paris (1990), and the silver medal of the CNRS (1997) for his work on the role of oncogenes and nuclear receptors in oncogenic transformation. He then spent most of his career working on genomics of nuclear receptors. He published more than 180 original articles in international scientific journals. His research work generated several patents and contributed to the creation of three biotech companies (ESGS, Genoway, Vivalis) and led him to become president of the Eydo Pharma biotech company. He is presently animating scientific collaborations between France and Canada as co-president of the Fonds France Canada pour la Recherche and vice-president of the Centre Jacques Cartier.

He has been honored as Chevalier de la Légion d’Honneur and Officier de l’Ordre National du Mérite.
He is Doctor Honoris Causa of the University of Ottawa and Honorary Professor of the East China University of Shanghai.

The Executive Committee meets annually to assess the Platform activities, management and results, and to propose communication actions and future developments.

All members of the Platform's Executive Committee have the duty to safeguard confidentiality. In addition, the usual ethical and deontological obligations apply to these members.

An ad hoc committee composed of scientific experts and the Platform's co-presidents is created for the selection of each research project, in order to protect the confidentiality of the innovation project sought by the company. Ultimately, only the "beneficiary company" will select the research partner and will take part in the deliberations.

The co-presidents will appoint the various experts represented on the ad hoc committee. They will play an essential role in selecting the research teams, based on the needs expressed by the company. In return, the company will benefit from their expertise and will be able to rely on the existing evaluation systems set up by France and Canada within the framework of the FCRF.

Administrator of the Platform

To support the co-presidents and the Executive Committee, an Administrator hired by the University of Ottawa is responsible for the :

The Administrator is the main contact for the development of the Platform and is responsible for the organization of the meetings of the Executive Committee. 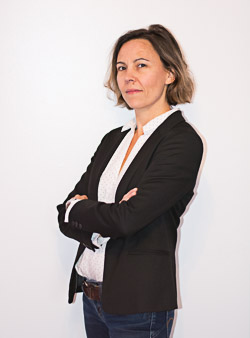 Clotilde Ribaut (University of Ottawa),
Administrator of the Platform

Research scientist, Clotilde Ribaut got her PhD at the University of Toulouse (France) in 2008. She later worked as research associate in several university laboratories across Europe. Specialized in applied science, she supports technology transfer and strongly believes in the benefits of cooperation and partnerships between the private sector and research communities.